Stuart Ayres MP, Member for Penrith today announced Heike Forth as the 2020 Penrith Local Woman of the Year.

The Local Woman of the Year Award provides the perfect opportunity to celebrate the outstanding contribution women across NSW make to their local communities.

Stuart Ayres said he was delighted to name Heike as the 2020 Penrith Local Woman of the Year.

“Heike is encouraging and inspirational across the Penrith Valley community with her contributions to sport through being a mum, mentor, volunteer and competitor.”

Heike has made an enormous contribution to the Penrith District across numerous sports. Currently Heike is Head Teacher PDHPE at Cranebrook High School where she has been a teacher for the past 30 years. Heike is the Werrington Zone School Sport Association President and is the Sydney West School Sport Convenor for NSW Combined High Schools Sports Association. Heike is also a Life Member of Sydney West School Sport Association for her contribution to sport within the region for over 10 years. The value of Heike’s contribution across Cranebrook United Football Club, Cambridge Park Netball Club, Nepean Little Athletics Club and Nepean Amateur Athletics Club for more than 30 years and in one case now 46 years is invaluable.

She has been a NSW Representative and an Australian representative with highlights including the World Masters Games in Sydney in 2009 where she finished the championships with 5 gold medals and 1 bronze medal in Javelin, Discus, Shot Put, Hammer Throw and Weight Throw.

Ms Forth said I’d like to thank everyone who has supported me over the years and in particular my dad who always saw equality in males and females, he encouraged the girls in our family to do whatever they wanted to do and succeed in whatever they wished.

In addition Ms Forth expressed her thanks to Stuart Ayres, the International Women’s Day Committee and her family.

Mr Craig Dunne, Principal of Cranebrook High School said Heike has made an immense contribution to the Cranebrook Community and the wider Penrith area over a significant period of time.

“Her commitment, contribution and leadership of community groups, particularly in the area of sport, has ensured that young people in particular have the opportunities to participate in sporting activities in their local community. Heike's commitment to public education and her promotion and support of sport within the education community is outstanding. The local community holds Heike in extremely high regard and is grateful for her work, contribution and the way in which she supports and encourages young people to be involved in sport. Heike is an excellent choice for Penrith Woman of the Year.”

“Heike’s energy and commitment to serving our community is to be commended and it was my privilege to acknowledge her with this award,” added Stuart Ayres. 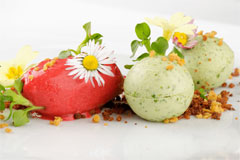 Red Rooster will #DonateADinner to Foodbank for every dinner delivery order!!!
From Tuesday 31st March until COB Monday 6th April (between 5-9pm) Red...

APP to Help Save Lives During Challenges Like Corona Virus
Australian designed platform to save lives during a time of crisis as...

Going Online Gets Real as We Inch Towards Full Isolation
From the couch choir to YouTube yoga, online communities are flourishing,...